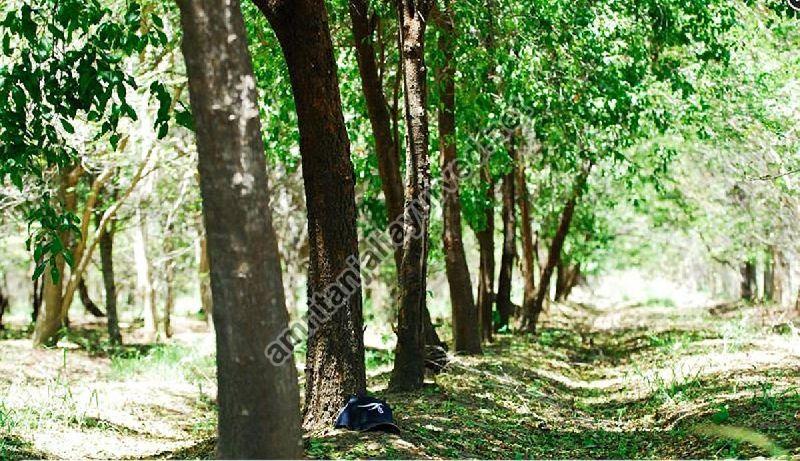 Santalum album commonly known as East Indian Sandalwood or Chandan belongs to the family Santalaceae. It is highly valuable and becoming endangered species. It is distributed all over the country and more than 90% lies in Karnataka and Tamil Nadu covering 8300 sq kms.  Sandalwood plays an important role in the religious life of Indians. The essential oil obtained from this wood has occupied significant place in perfumery industries/market. Although it is available in some other countries still the Indian Sandalwood has retained its dominance over other sources because of its quality.

Sandalwood is light demanding and can be easily suppressed by faster-growing species. Cultivation of sandal in India is less attempted though the potential is high. Sandal trees freely produce seed and natural regeneration occurs both via seedlings and through root suckers after trees have been uprooted and the stump removed from the ground.