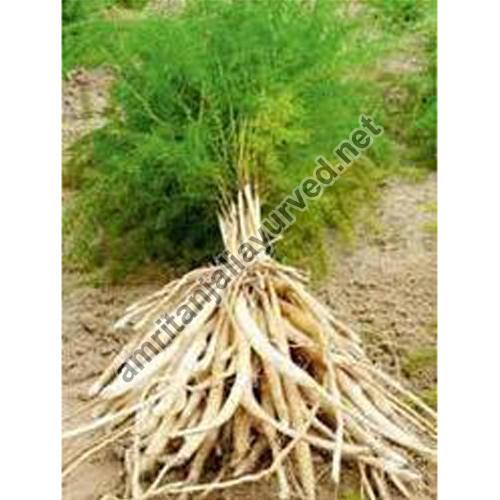 Shatavari in Sanskrit means “the plant with hundred roots” owing to the roots of this natural herb that are enriched with medicinal properties and are regularly used in the preparation of various ayurvedic formulations. Some scriptures also mention the plant as “one with hundred husbands” since the plant is extremely beneficial for enhancing women health and promotes libido in women.

hatavari has been used for centuries as a harmone balancer and a general tonic to uplift female health and libido. Being a powerful adaptogenic herb, it not only relieves one from physical and emotional stress but also manages diabetes mellitus, prevents high cholesterol and triglyceride levels, and helps in the treatment of bacterial and fungal infections, oedema, infertility, depression and cancer.

Cultivation
Satavar is common throughout the tropical and subtropical regions, particularly central India. It is also found up to an altitude of 1500 m in subtropical Himalayas. By nature, the plant is xerophytic and prefers the semi-arid to subtropical, cool environment.

Climate And Soil
Soil – black, well drained and fertile soil is good for cultivation. But can be cultivated in loose and medium black soil. Climate- crop responses well to tropical and hot climate The plant prefers annual average rainfall of 600–1000 mm or less, of which 85% is received during July to September. A well-drained fertile sandy-loam to medium black soil, with a pH of 6–8 is best suited for its cultivation with staking support. Satavar can be grown in open land as well as under shade, but very high moisture levels result in rotting of root.